Today we invite everybody to our game. The main reason for us to change the monetization model is to bring as much audience as possible to the game with the minimum entry barriers. The updated Hired Ops does really not have any tricks or duplicitous ploys which would make you spend your money. Each part of the main game experience is totally free. Except for the game itself, it contains regular updates which will include tons of new content, contracts, weapons, items, new classes, and new combat skills. 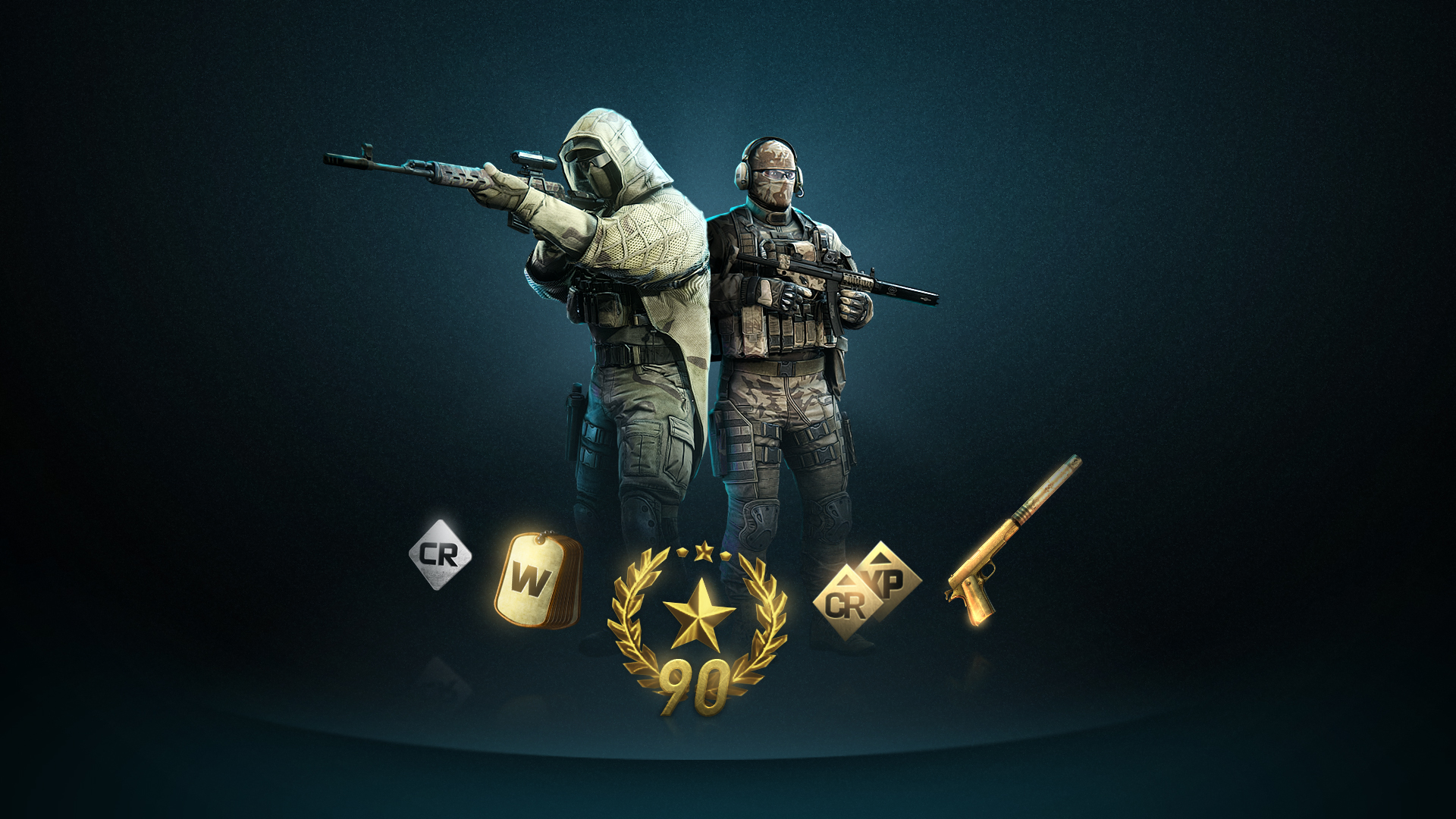 Hired Ops has 2 types of in-game currency - War Badges (WB) and Credits (CR), which got influenced by a new monetization model.

CR can be earned in each match and can be spent on new weapons or new contracts.

In order to earn WB, you will have to complete rare and legendary (Legend) contracts. Also now players will be able to buy WB for real money, but such purchases will not provide any advantages before other players in the match, because this currency can be spent only on character customization, loadouts and boosters. Boosters will help the player to faster: earn experience, earn credits, complete weapons-related tasks and will in general just save time which player would have spent on leveling his PMC. Additional loadouts will allow players to have several kits of gear for each class at any moment.

For completing the contracts player will receive a chest with awards, some of which can be exchanged or sold on Steam trade.

We will keep you updated and inform you about all the new features in Hired Ops. We would love to thank all the players who have been with us on all stages of testing, thank you for your constant support and feedback! We really do appreciate it!