The changes in the game economy and upgrade system 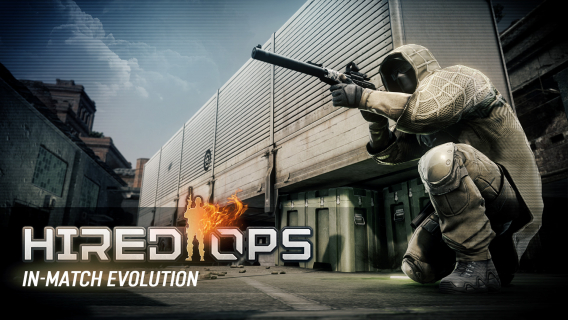 today we shall tell you about the dramatic changes in the game economy and unique adaptive character upgrade system within match.

We have completely redesigned the economic system and made it far more diverse and always offering lucrative long-term opportunities in acquiring new weapons and modifications, class development and customizations. The game now features two systemwide currencies — credits and combat tokens. Both are gained by playing, but while credits are accounted proportionally to the gained experience, combat tokens are mostly awarded to those who win in the team-based matches. Meta-points are now bound to particular weapons, and get awarded for the kills made with these weapons.

Credits are being spent on purchases of the weapons (and one more important game component we will tell you about later), and combat tokens are theonly currency that allows hiring new operators, unlocking new skills, transferring meta points from one weapon to another. Meta points are required to increase the level of weapon mastery and unlock the new modifications for purchase.

But the most exciting and important thing today is the in-match adaptive character upgrade system. We designed it in appempt to achieve the unique feel of every player match and greatly increase the flexibility of gameplay. Players enter the first round with three perks, either pre-determined by basic contractor types or set by players in custom contractors. At the beginning of each round players get to choose one new additional perk from a randomly available selection, thus increasing or expanding their skills, acquiring new weapons or devices. Players are unaware what perks the enemy team could have received — a surprise mine in a familiar alleyway or enemy's silent scout in a new round will force players to abandon the tried tactics and challenge to quick decision-making. The match is on till up to three wins, and, in the longest case scenario of five rounds, players will have up to 8 total perks!

Next time we shall reveal a new map and tell about it in detail — the one you'll get to play in the upcoming update!